What’s Behind the Boom in Cryptocurrency? 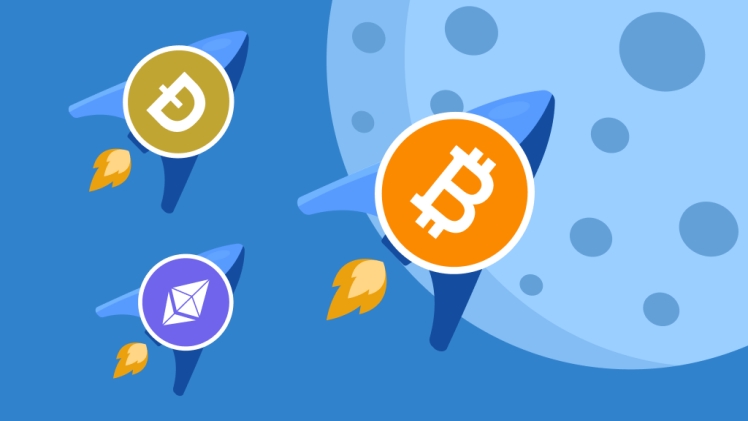 Cryptocurrency refers to a form of digital currency that uses encryption to regulate how currency units are generated. It runs on the blockchain system, which is designed to work without a single administrator or central repository. Cryptocurrencies such as Bitcoin are generated by a distributed miner network, who are rewarded for their efforts with Bitcoins that are newly generated. Cryptocurrency provides anonymity to users, with each user’s identity hidden due to how the transactions are recorded on blockchain technology. When bitcoin was first introduced, cryptocurrency was little-known and quite geeky. These days, it’s booming in popularity, and everybody is getting into it. Here’s why.

Cryptocurrency has become very popular in recent years, which is mainly due to its profit potential. Bitcoin is the most prevalent cryptocurrency of the several options that are available to investors today, with the digital currency having increased significantly in value since it was first introduced back in 2008. It is currently worth tens of thousands of dollars per coin, and there are no signs of this growth slowing down any time soon. You can use OKX to track the prices of Bitcoin and other cryptocurrencies such as Ether, along with investing in them.

Cryptocurrency has become a huge part of life in recent years, and you no longer have to be a tech guru to successfully invest in it. Thanks to cryptocurrency exchanges, anybody can now invest in crypto easily using their laptop or smartphone. All you need to do is sign up to the exchange of your choosing, deposit fiat currency, and then trade it for the cryptocurrency that you want to invest in. It’s so easy to do, that you can quickly get the hang of it even if you’ve never invested in anything before, or barely know anything about crypto.

The decentralization of cryptocurrency is another reason behind its booming popularity in recent years. No governments or banks are in control of the supply of cryptocurrency – instead it is controlled by a set of rules known as protocols, which are written by programmers around the world. The algorithms used are publicly available for anybody to review, which provides a level of transparency that you simply won’t find with fiat currencies like the dollar.

The fact that cryptocurrency transactions are anonymous is another reason why it has become so popular over time. Cryptocurrencies allow users to buy and sell coins without having any third-party involved. And the best part is that even though it is anonymous, it’s highly secure and the increased security of cryptocurrency means that it’s not as easy as it might seem for criminals to use it for nefarious purposes. All exchanges need to be encrypted with a private key, which makes crypto transactions even more secure than credit or debit card transactions as it’s not possible to steal personal information such as names and billing addresses during the process.

From being little-known and something you had to be quite techy to take advantage of, cryptocurrency has grown to become one of the most popular investment types you can make today.

Benefits of Hiring a Printing Company

What Makes Up A Good Bollard Supplier