How Much is a Billboard? Cost, Tips, and More 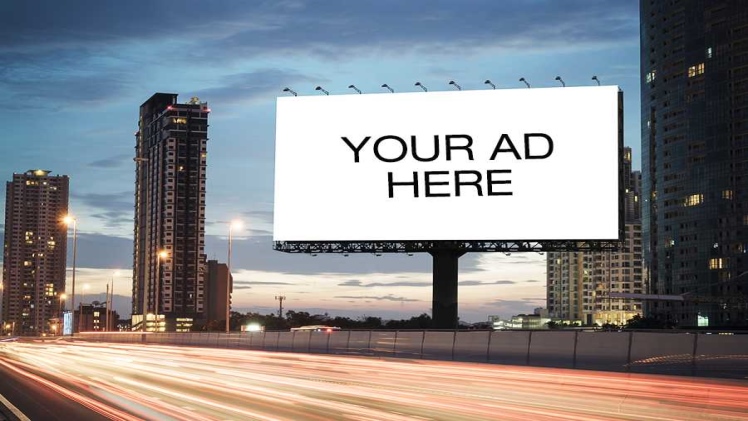 Considering new ways to get your brand name out there? Billboards are a classic form of out-of-home (OOH) advertising and continue to make an impact in our modern world.

Amidst rapid changes in marketing technology, billboards have stood the test of time, providing businesses with spaces to broadcast their message to a large audience and increase brand exposure.

The question is: how much does a billboard cost? What are some implementation tips to know before jumping in? Let’s discuss costs and other considerations to see how billboards can benefit your business.

What is a Billboard?

A billboard is defined as an outdoor flat surface, wall, or panel on which information is posted.

Typically installed in high-traffic zones, billboards are meant to make impressions on a target audience and generate interest in and traffic to your business.Billboards are traditionally made of vinyl (high-grade plastic) or paperboard, but digital and mobile forms are also widely used.

Still asking how much does a billboard cost? The answer depends on many variables, so here are the major ones you will need to take into account.

Leading organizations use local transportation data, market research, and other technology to determine the out-of-home rating for every billboard in the country.

This rating determines the value of a given billboard, and ultimately, helps the company that owns the billboard set the monthly cost of advertising on that billboard.

For a traditional vinyl billboard, you can expect to spend as little as $300 a month in a rural area and upwards of $20,000 in a place like midtown Manhattan.

These are the three main factors in determining billboard OOH rating:

Circulation: The number of people who pass by the billboard in a given week.

Demographics: The characteristics of the traffic that passes the billboard, including, among other things–age, gender, and income level.

Impressions: The number of people who see the billboard. This is calculated based on several factors, including its visibility, traffic speed, billboard size and distance from the road.

If you have the skills to design a captivating billboard in-house, great. If not, you will have to factor in the costs of working with designers to execute your ad campaign. When you ask, “how much does a billboard cost?” design comes into play.

Price will vary depending on who you work with. Some firms charge on a per-project basis and others by the hour. You can expect to pay a going rate of $100+ an hour for design work.

Billboards have traditionally been constructed with large pieces of vinyl. The typical billboard is 14 by 48 feet in size. Printing and building a billboard this size can cost $500 and up.

Although they are waterproof, you will need to take any potential maintenance and repair costs due to the weather.

The monthly cost for a digital billboard starts in the $2000+ range for a smaller market, making it less accessible than vinyl.

Some businesses prefer digital billboards for their flexibility–an ad campaign can be changed as needed without constructing a new billboard. Moving elements can be incorporated to create more captivating imagery than is possible on vinyl.

Some challenges with digital billboards include sharing advertising time with other companies and potential interruptions from glitches and power outages.

Know the answer to how much does a billboard cost? Here are some tips to reap the most benefit from your billboard expenditure.

Much like real estate, location is everything when it comes to a billboard. This is why prices are astronomical when advertising in the big city–you are paying for those extra impressions.

Traffic speed, the distance of the billboard from the roadway, and traveler destination are major logistical considerations.

For instance, a dusty rural highway with minimal passersby will yield fewer impressions than a well-traveled, congested highway.

If you have a niche audience, less than 10% of the general population, a billboard will not be your most effective marketing campaign. Instead of asking, “how much does a billboard cost?” ask how much new traffic it can generate.

One of the challenges of billboard advertising is the time limitations. A highly successful campaign must pass the 3-second rule.

The 3-second rule means that the viewer should be able to gather and understand all the necessary information in three seconds. Overly complex messages and cluttered design work can lead to missed opportunities.

The most effective billboards include the company name, a catchy headline, a call-to-action, eye-catching color, and design.

Billboards can be effective advertising tools but aren’t suitable for all businesses.

Despite upfront costs, the expense can be worth it in the long term. By some estimates, billboards can yield a return on investment of $6 for every $1 spent.

Instead of making a quick conversion to a sale, a billboard is more effective in getting your name out there. Local and newer businesses especially can benefit greatly from this type of visibility.

New Year, New You: Top Health Resolutions and How to Keep Them

Sungazing: Good or Bad for Your Eyesight?