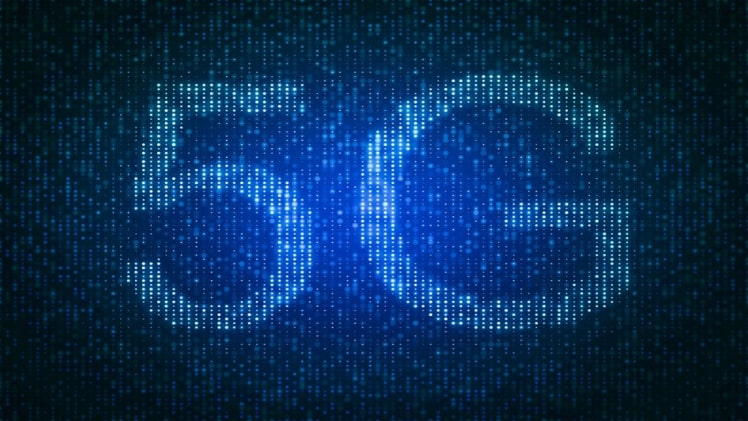 In the era of mobile internet, “WiFi” and “4G” have always been two coexisting terms – 4G network provides us with high-speed traffic outdoors, while WiFi provides us with real “unlimited traffic” without worry indoors. It can be said that we, living in the present, can not only leave neither of these two things, but also cannot leave them for a moment. Think about it. If your mobile phone is disconnected, your anxiety disorder may come up.

You have seen a lot about “4G” and “5G” network knowledge before. Next, I want to introduce “WiFi”, a familiar and unfamiliar network vocabulary.

By the way, the WiFi 456 icon was also made, so that consumers would not have to look at a long list of numbers to be at a loss in the future. Just look at the “WiFi6” logo on the product to know that it is a product that supports the latest standard.

Such products as routers that are cheap but still using the old specifications will be recognized by consumers at the first time. This will help WiFi 6 standard products to rapidly spread in the market.

WiFi5 technology is the most widely used technology on our mobile phones and routers. WiFi5 technology, namely 802.11ac, was born in 2013. The original version (Wave 1) increased WiFi single-stream bandwidth to 433Mbps with 80MHz bandwidth. The second edition (Wave 2) in 2016 doubled the bandwidth to 160MHz again. (Not many devices are supported at present)

At present, the mainstream home wireless routers support both WiFi 4 and WiFi 5.

2. WiFi6 theoretical throughput up to 9.6 Gbps

In terms of modulation, WiFi 5 is 256-QAM, and WiFi 6 is 1024-QAM. The former can support up to 4 data streams, while the latter can support up to 8 data streams. Therefore, the theoretical throughput of WiFi 5 can reach 3.5Gbps, while WiFi 6 can achieve an amazing 9.6 Gbps. The bandwidth of WiFi6 is several times larger than that of WiFi5.

3. Support the full version of MU-MIMO

The original router can support 4 × 4 MU-MIMO – You can think of it as 4 antennas sending data to the device at the same time. However, most mobile devices (like mobile phones and notebooks) are usually only designed with one or two receiving antennas (2 × 2 MIMO Wi-Fi）。 So in SU-MIMO mode, data can only be transmitted to one device at the same time. The transmission between routers and devices will cause channel waste.

This function has also become a major selling point of high-end WiFi5 routers on the market. 4 * 4 antenna router can transmit 2 at the same time × 2’s laptop, 1 × Mobile A and 1 of 1 × 1. A function that looks beautiful.

However, the MU-MIMO function in WiFi5 is inherently insufficient: the device needs to be connected to the same 5G frequency band, and all MU-MIMO functions should be supported. And the number of devices should be just enough to trigger this function. (The actual capacity of MU-MIMO under WiFi 5 is only 2 to 3 terminals. To be honest, the network itself will not be congested with two to three terminals…) The most important point is that the MU-MIMO function under WiFi 5 only supports data downlink, and it still works well when uploading data. So this function, which seems to be blown to the sky by merchants, is actually a chicken rib function that is not worth paying for by users.

WiFi6 brings us the full version of MU-MIMO function – at least it supports data uplink and downlink. Compared with the largest 4 in WiFi × 4 MU-MIMO specification, WiFi6 has 8 × 8 MU-MIMO – can transmit data to up to 8 terminals at the same time. In this way, there are many more applicable scenarios, and this MU-MIMO can really be used.

For a long time, WiFi has adopted OFDM as the core transmission scheme. WiFi 6, on the other hand, adds multiple access (i.e., multi-user) technology on the basis of OFDM, thus evolving into OFDMA. In fact, OFDMA redesigns the frame structure and subdivides it into several resource units to serve multiple users.

Take the 20MHz channel as an example, in the OFDM scheme (i.e. 11n/ac), each frame is composed of 52 data sub-carriers, but this frame only serves one terminal. The data packet transmitted is too small (like chat record). Empty subcarriers cannot be allocated to other terminals.

In the OFDMA scheme (i.e. 11ax), each frame is composed of 234 data subcarriers. Each 26 subcarriers is defined as a RU (Resource Unit). Each RU can serve a terminal. Simply divided, each frame can be divided into 9 parts, which can serve up to 9 users at the same time.

It is the most convenient and intuitive way to explain this technology by truck. The OFDM scheme is to deliver a truck for each customer. No matter how many goods are delivered, a single train will be sent, which will inevitably lead to the phenomenon of empty trucks. The OFDMA scheme will combine multiple orders for shipment, so that the trucks can be loaded as much as possible on the road, which greatly improves the transportation efficiency.

But the bad news is that both solutions need the support of WiFi devices. Only when all terminals in the same channel support WiFi 6, the parallel transmission operation state is perfect, otherwise the effect will be severely discounted.

The above technologies paved the way for the high performance of WiFi 6, but with the gradual promotion of smart home. Our router connections are often not only terminals with high network demand, such as mobile phones and laptops. There are also various smart home devices with low bandwidth requirements. However, these devices also need to maintain continuous connection with the router. It will also affect our network status to some extent. Especially when they transmit data, it will also slow down the response speed of the network to a certain extent. For this reason, WiFi 6 has added the TWT mechanism (Target Wake Time).

TWT mechanism is specially set for low-speed devices like smart home. For example, configure WiFi devices in 2.4GHz band and 20MHz band. The router will automatically generate a wake-up time for data exchange to wake up these low-speed devices in turn for data exchange during the period of low network data transmission. (such as downloading the latest database, uploading and generating data, etc.) This can effectively avoid network congestion. This is also a technical means to optimize network bandwidth utilization.

After reading the above functions, you can probably understand the advantages of WiFi6 over WiFi5. Each of their improvements has brought us some experience optimization. When these items are stacked together, we can obviously improve our use experience.